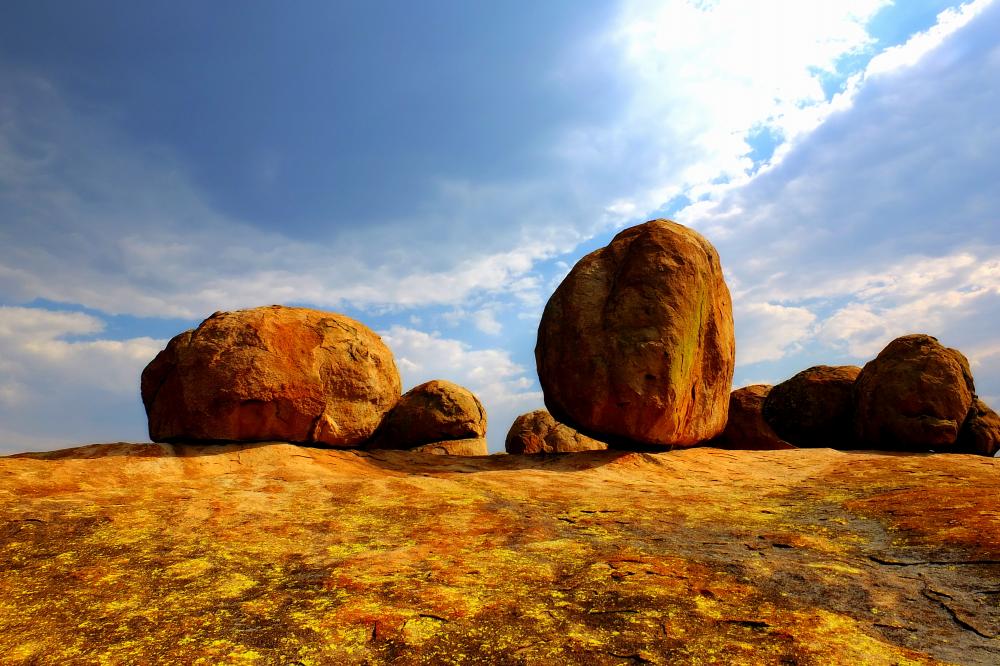 Almost the whole of Zimbabwe lies more than 300m above sea level.

Physically, the country is divided by a high central plateau, known as the Highveld, which is about 650km long by 80km wide at least 1200m above sea level.

Most of this predominantly fertile plateau consists of mopane and msasa savannah woodlands. Deep river valleys have split the Middleveled areas into great blocks of fine plateau country.

The lowveld below 600m comprises a narrow strip in the Zambezi Valley and border tract between the Limpopo and Save rivers.

The lowest point in the country is the confluence of the Save and Runde rivers, which is about 162m above the sea level.

Massive granite outcrops occur in various parts of Zimbabwe, and along the eastern border in a mountainous region stretching for some 350km. Towards the north of this region, the country’s highest mountain, Inyangani, stands 2,592m above sea level and comprises the Vumba and the Chimanimani Mountains at its southern end. The underlying granite, exposed by millions of years of erosion, is seen in its most dramatic form in the Matobo hills, south of Bulawayo.