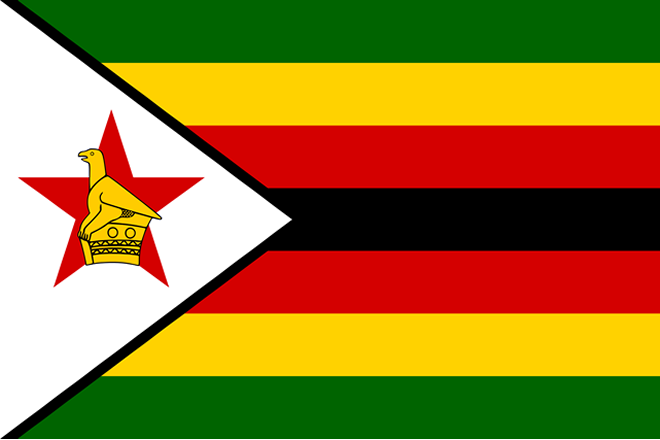 The National Flag of the Republic of Zimbabwe consists of seven even horizontal stripes of green, gold/yellow, red and black colours with a white triangle containing a red five pointed star with a Zimbabwean Bird.

The following are the meanings of the colours on the flag :